As Yuga Labs Teases the BAYC Metaverse, Is Apecoin Undervalued?

Apecoin launched last week to a huge cheer that was shortly followed by a commensurate measure of jeer. The ‘famed’ $APE token momentarily traded at a price of $100 before plummeting to trade at about $6.00.

Although it has since bounced back to $10.15 (as of this writing), the large majority are yet to be convinced if it is NOT a ‘rug pull’. Yet Bored Ape Yacht Club’s biggest fans think investors may be missing a lifetime opportunity.

Apecoin is the utility token of Apecoin DAO (decentralised autonomous organization), the governing community of the APE Ecosystem. The DAO is backed by the APE Foundation, which forms the board of the APE universe.

The $APE token will be used as the governance token of the ecosystem giving community members an opportunity to vote on future projects undertaken by the organisation.

Therefore, given the number of companies investing in Yuga Labs (including Animoca Brands), the developers of the BAYC collection, Apecoin has one of the strongest foundations to succeed.

That’s why even at the current fully-diluted market cap of about $10 billion some Apecoin investors think it is still massively undervalued.

In stock pricing, the market value of a company is determined by the number of shares of common stock multiplied by the price per share. The share price relies on several factors, including revenue, earnings and growth prospects, among others.

However, when it comes to crypto, and especially NFTs, investors can not use revenue and earnings per share to determine the intrinsic price of a token. They look at certain things such as the project’s goals, the team’s ambitions, and most importantly, the community.

Based on these three principles alone, Apecoin’s journey seems to be just about to start.

Following up on last week’s launch, Yuga Labs has teased its grand plan for the APE ecosystem.

In a long Twitter thread posted by LeonidasNFT, a BAYC member, Yuga Labs sees itself as a Web3 company looking to explore big opportunities in identity, ownership, interoperability, gaming, and utility in its push to crypto and NFTs.

The company also demonstrated its growth plans with the recent acquisitions of the Cryptopunks and Meebits projects from Larva Labs. In relation to this, the company teased that it is looking to expand IP offerings by launching new projects as well as through acquisitions.

Yuga Labs is also looking to break metaverse boundaries with gaming products, fashion, events and more. With these plans in place, Yuga is launching a multi-thronged strategy built on Web3, the next frontier of the internet. Therefore, the company’s goals look optimistic.

Now let’s assess how realisable they are.

Yuga Lab’s NFT projects currently have the biggest and most engaged communities on Discord.

The company highlighted its community engagement as a major driver of growth as it launched its own BAYC metaverse. It also has more than 625k followers on Twitter and another 550k on Instagram.

Most importantly, Ape NFTs have attracted some of the most popular stars in the world of sports and entertainment, again creating a strong foundation for community growth.

Its recent acquisitions also demonstrate the ambition the team has as it takes the next step of onboarding its massive user base to the metaverse.

Therefore, although Apecoin debuted with a choppy performance, the long-term future looks solid, as would for any company with strong fundamentals and exciting growth prospects.

Sylvester Stallone Jumps on the NFT Bandwagon with PlanetSly Collection 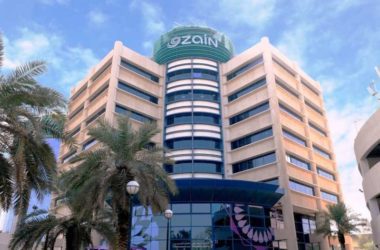 Zain Group has inked a distribution deal with HTC Vive to bring the company’s VR devices to the middle east, launching its metaverse campaign. 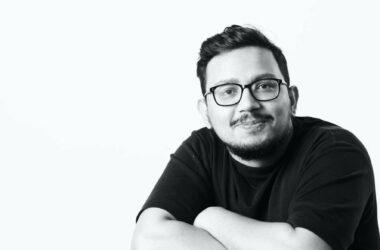 Rubix will use the funding to expand its global operations and its green blockchain community.

This website uses cookies to improve your experience while you navigate through the website. Out of these, the cookies that are categorized as necessary are stored on your browser as they are essential for the working of basic functionalities of the website. We also use third-party cookies that help us analyze and understand how you use this website. These cookies will be stored in your browser only with your consent. You also have the option to opt-out of these cookies. But opting out of some of these cookies may affect your browsing experience.
Necessary Always Enabled
Necessary cookies are absolutely essential for the website to function properly. These cookies ensure basic functionalities and security features of the website, anonymously.
Functional
Functional cookies help to perform certain functionalities like sharing the content of the website on social media platforms, collect feedbacks, and other third-party features.
Performance
Performance cookies are used to understand and analyze the key performance indexes of the website which helps in delivering a better user experience for the visitors.
Analytics
Analytical cookies are used to understand how visitors interact with the website. These cookies help provide information on metrics the number of visitors, bounce rate, traffic source, etc.
Advertisement
Advertisement cookies are used to provide visitors with relevant ads and marketing campaigns. These cookies track visitors across websites and collect information to provide customized ads.
Others
Other uncategorized cookies are those that are being analyzed and have not been classified into a category as yet.
SAVE & ACCEPT
Total
19
Share