Nicholas Kitonyi
Binance has signed a Memorandum of Understanding (MOU) with Netmarble F&C to develop what could be the world’s largest P2E and NFT gaming ecosystem.
Image source: binance.com
Total
15
Shares
0
0
0
15

The world’s largest crypto exchange and blockchain ecosystem Binance has launched its bid into the NFT-driven play-to-earn gaming. Announcing the agreement via a blog post, the company said it has signed an MOU with Netmarble F&C to build a global P2E and NFT ecosystem.

The two teams are forming a strategic partnership to contribute and develop the infrastructure of the Binance Smart Chain (BSC) through the BSC Application Side Chain (BAS).

Netmarble will have access to a private chain where it will develop the BSC GameFi sidechain. The video game developer will launch GameFi projects on the BSC sidechain, thereby growing the ecosystem whilst also building the global P2E ecosystem.

The teams have agreed to launch an NFT presale of Netmarble F&C’s latest casual shooting game ‘Golden Bros’ on the Binance NFT, as a show of commitment to the strategic partnership.

Commenting on the MOU, Helen Hai, Global Head of Binance NFT highlighted Netmarble’s innovation in the gaming industry, adding that through the partnership, Binance hopes “to support Netmarble in building a sustainable and disruptive GameFi ecosystem which extends beyond the gaming entertainment industry.”

Netmarble F&C is a subsidiary of the Korean video game developer Netmarble corp, which has been behind some of the most iconic games in the gaming industry including ‘The Seven Deadly Sins: Grand Cross’ and ‘Blade & Soul Revolution.’

The game developer recently bought ITAM CUBE, a GameFi project on BSC, thereby securing the P2E infrastructure and technology required to integrate its business into the blockchain. Netmarble F&C wants to bring all forms of gaming entertainment to its p2E platform. The company has revealed plans to venture into the exciting new frontier of gaming that involves metaverse, NFTs and blockchain technology.

Seo woo-won, CEO of Netmarble F&C, and the Head of Metaverse Entertainment said, “We are glad to begin our extensive partnership with Binance to pursue the same goal – bringing blockchain entertainment to the mainstream and realizing borderless joy and fun – together.”

Legal Roundup: Four Law Firms On What’s Next for Trademark Wars in the Metaverse 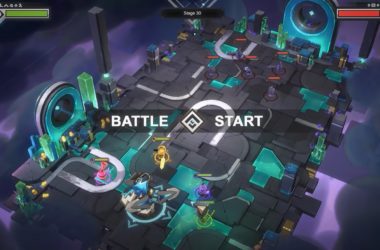 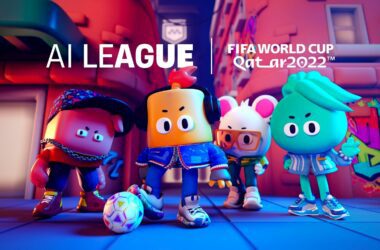 In celebration of World Cup ‘22, FIFA will release four NFT games and launch a digital replica stadium in the metaverse. 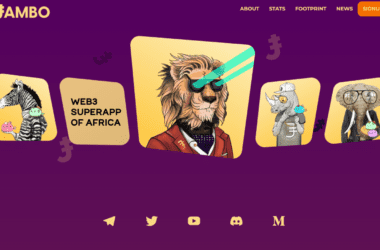 This website uses cookies to improve your experience while you navigate through the website. Out of these, the cookies that are categorized as necessary are stored on your browser as they are essential for the working of basic functionalities of the website. We also use third-party cookies that help us analyze and understand how you use this website. These cookies will be stored in your browser only with your consent. You also have the option to opt-out of these cookies. But opting out of some of these cookies may affect your browsing experience.
Necessary Always Enabled
Necessary cookies are absolutely essential for the website to function properly. These cookies ensure basic functionalities and security features of the website, anonymously.
Functional
Functional cookies help to perform certain functionalities like sharing the content of the website on social media platforms, collect feedbacks, and other third-party features.
Performance
Performance cookies are used to understand and analyze the key performance indexes of the website which helps in delivering a better user experience for the visitors.
Analytics
Analytical cookies are used to understand how visitors interact with the website. These cookies help provide information on metrics the number of visitors, bounce rate, traffic source, etc.
Advertisement
Advertisement cookies are used to provide visitors with relevant ads and marketing campaigns. These cookies track visitors across websites and collect information to provide customized ads.
Others
Other uncategorized cookies are those that are being analyzed and have not been classified into a category as yet.
SAVE & ACCEPT
Total
15
Share