Nicholas Kitonyi
Blockchain ecosystem Shiba has teased fans on Twitter that it is planning to leap into the metaverse, announcing Shiberse as an immersive experience for the virtual world.
Image source: Shibatoken.com
Total
18
Shares
0
0
0
18

The Shiba ecosystem, the blockchain project behind Shiba meme coins, has teased its metaverse project. Shiba posted on Twitter Monday evening announcing Shiberse, which it described as an immersive experience for the Shiba ecosystem and the Metaverse space.

Expressing its excitement for fulfilling a promise made to the fans about surprises in 2022, Shib token announced its first special surprise for the year, hashtagging the ShibArmy.

Shiba said it was reaching new heights in 2022, adding that more will be added in due course.

Although the blockchain company is yet to reveal details about its metaverse project, the image of a Shiba Inu in the jungle holding a hammer in its mouth captioned by a barking sound, ‘Woof!’ suggests it could be an exciting adventure ahead.

It is not clear whether this project is tied to the Shiba Inu games, which the gaming community has previously codenamed the Oshiverse, owing to its reaction to the Shiboshi NFTs.

Shib token’s avid Twitter fans were quick to question the suitability of Shiberse as the name for the metaverse project, with one user saying it would have been better if Shib chose ShibVerse, instead.

There is also speculation regarding the concept of the project. Some think the jungle could relate to something about buying digital plots of land, while the hammer may be indicative of building projects. This would be very similar to the Axie Infinity gaming ecosystem.

Shib is one of the most popular blockchain ecosystems, drawing backing from multi-billionaire crypto enthusiasts like Elon Musk. Its upcoming metaverse project is already impressing its 2.6 million followers based on Twitter comments. 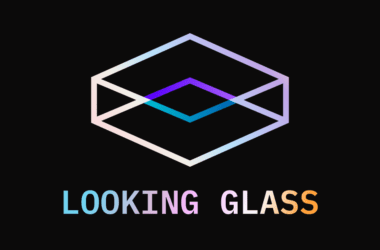 The professional services provider wants to make it easier for businesses to provide immersive experiences for customers shopping online.

Fidelity Launches an Interactive Metaverse Experience to Onboard Young Investors

Fidelity Investments has extended its presence in the metaverse with “The Fidelity Stack” a building in Decentraland offering interactive experiences. 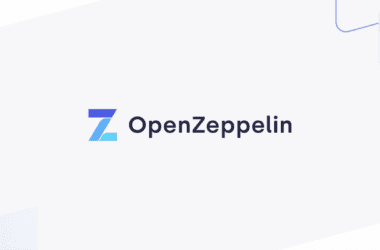 OpenZeppelin has launched its metaverse security service with The Sandbox as its first client.

This website uses cookies to improve your experience while you navigate through the website. Out of these, the cookies that are categorized as necessary are stored on your browser as they are essential for the working of basic functionalities of the website. We also use third-party cookies that help us analyze and understand how you use this website. These cookies will be stored in your browser only with your consent. You also have the option to opt-out of these cookies. But opting out of some of these cookies may affect your browsing experience.
Necessary Always Enabled
Necessary cookies are absolutely essential for the website to function properly. These cookies ensure basic functionalities and security features of the website, anonymously.
Functional
Functional cookies help to perform certain functionalities like sharing the content of the website on social media platforms, collect feedbacks, and other third-party features.
Performance
Performance cookies are used to understand and analyze the key performance indexes of the website which helps in delivering a better user experience for the visitors.
Analytics
Analytical cookies are used to understand how visitors interact with the website. These cookies help provide information on metrics the number of visitors, bounce rate, traffic source, etc.
Advertisement
Advertisement cookies are used to provide visitors with relevant ads and marketing campaigns. These cookies track visitors across websites and collect information to provide customized ads.
Others
Other uncategorized cookies are those that are being analyzed and have not been classified into a category as yet.
SAVE & ACCEPT
Total
18
Share