Yuga Labs plans to use the funds to build a metaverse centred on NFTs. The company has already revealed plans to create a gaming empire that will bring metaverse gaming to the masses.

It is building a metaverse called “Otherside”, which aims to promote interoperability by allowing developers to launch games from other blockchains within its universe. The massively multiplayer online role-playing game MMORPG will connect the broader NFT space.

According to Wylie Aronow, a co-founder of Bored Ape Yacht Club, aka “Gordon Goner”, the company is looking to create a gamified world that is completely decentralised and interoperable. “We think the real Ready Player One experience will be player run.”

Yuga Labs has already made giant strides towards consolidating the NFT universe after purchasing two of the largest NFT projects Cryptopunks and Meebits from Larva Labs, to add to its expanding Ape universe.

The BAYC has also launched a governance token, Apecoin, which will be at the centre of commerce in Yuga Labs properties.

Yuga Labs CEO Nicole Muniz said the company is already partnering with leading gaming studios to bring the “Otherside” metaverse to life. The MMORPG platform will not be limited to Bored Ape holders and will also launch tools to allow NFTs from other platforms to work within its universe.

Yuga Labs co-founder who goes by the pseudonym Gargamel thinks the company’s position in the metaverse is crucial because it will be offering products that will promote interaction between people in the virtual world. “Basically, we don’t think deep social experience comes from essentially a Zoom chat and walking around saying ‘hi.’”

Andreessen Horowitz’s Chris Dixon told The Verge that “Yuga Labs combined with leading Web3 companies will be an important counterweight to [Zuckerberg’s] Meta” as the race to the metaverse heats up.

“There’s a dystopian future where Meta is this kind of dominant digital experience provider, and all of the money and control goes to that company,” Dixon said, also highlighting BAYC’s pumped community that has created an exciting culture. 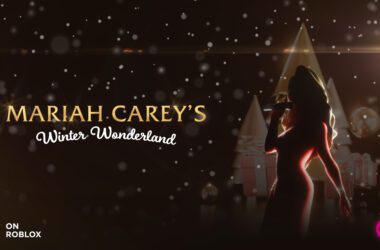 Mariah Carey’s Winter Wonderland is accessible throughout the month of December through Roblox’s Livetopia.