Nicholas Kitonyi
In this edition of the token boom report, $GODS, $BLOK and $WEMIX led the rebound in metaverse tokens while $MASK, $SUSHI and $SPS were among the best in NFTs.
Token Boom Series
Total
4
Shares
0
0
0
4

In this edition of the weekly token boom report, the metaverse and NFTs & collectibles tokens bounced back to halt the declining trend established over the previous five weeks. Several metaverse tokens closed above the previous week’s close with some NFTs and collectibles also posting decent gains.

Elsewhere, blockchain infrastructure provider Fireblocks launched an access portal for NFTs and DeFi to onboard millions into Web3.

Over the last seven days, metaverse tokens bounced back to reach a market cap of about $15.3 billion up from the previous week’s equivalent of $12.3 billion.

The rebound was triggered by a significant rise in the market optimism after one of the leading venture capital firms investing in the GameFi sector launched a $600 million fund to invest in blockchain gaming.

As a result, Gods Unchained, Wemix and Bloktopia witnessed significant gains during the week.

Gods Unchained is a free-to-play tactical card game that grants players full ownership of their in-game assets. The game is created to encourage competition between players by building decks to counteract a variety of tactics launched by other gamers.

The utility token of the game is a $GODS token, which is used to facilitate transactions involving in-game assets within the Gods Unchained ecosystem. The $GODS token spiked on Friday as the Divine Order pack sale came to a close.

However, the token price has since pulled back to trade at about $0.76 after rallying to a high of $0.99 on Saturday.

Technically, traders could target potential rebound profits at about $0.87, or higher at $0.99. On the other hand, if the pullback continues, the $GODS token price could find support at about $0.69, or lower at $0.61.

Bloktopia is a metaverse platform built on the L2 Ethereum blockchain scaling solution Polygon. The metaverse world has a decentralised skyscraper made up of 21 levels, where users can find information and immersive content in one place.

The users of the platform are called Bloktopias, and can use the learning material to gain knowledge about cryptocurrency. Users can also play games and earn an income from virtual real estate.

The ecosystem is governed by the utility token $BLOK, which rocketed more than 92% last week.

Wemix operates on a hybrid blockchain infrastructure that combines both private and public blockchain mechanisms to solve the problems experienced when working on a proof-of-work ecosystem.

Last week, Wemix became the first blockchain platform to be approved by the Vietnamese Ministry of Home Affairs, sparking the current rally.

The ecosystem token $WEMIX rallied more than 90% following the announcement.

Technically, the $WEMIX token price seems to have extended last week’s gains to reach current highs of about $3.50.

NFTs and collectibles tokens rallied to a market cap of about $25.3 billion over the last seven days to recover from the previous week’s collapse that pushed it below $19 billion.

From an industry perspective, Robinhood launched a wallet app that will allow users to hold NFTs and cryptocurrencies.

Elsewhere, the leading NFT marketplace OpenSea launched a new platform called Seaport, which will allow all types of creators and collectors to jump on the NFT train, including those not involved in the crypto industry.

The positive developments saw several NFTs and collectibles tokens bounce back from the previous week’s declines led by Mask Network, SushiSwap and Splinterlands.

Mask Network is a blockchain platform that allows users to send encrypted messages via social media platforms like Twitter and Facebook. Users can also use Mask Network to fund grant campaigns on Gitcoin via Twitter.

The platform also allows users to use decentralised apps (dApps) like NFTs) and DAOs over on top of existing social networks without migrating.

Mask Network is marketed as the preferred bridge to Web3 for mainstream organisations looking to adapt their communication channels to the next iteration of the internet.

Technically, the Mask Network token $MASK spiked more than 56% between May 19-21, before pulling back during the weekend to trim gains.

SushiSwap is an automated market maker (AAM) for crypto traders. The platform provides liquidity to crypto investors by filling crypto orders between any two cryptocurrencies. AAMs are decentralised in nature and use smart contracts to provide markets for paired tokens.

SushiSwap is also the creator of the Sushimi NFT collection, which gives owners access to exclusive offers and rewards.

The $SUSHI token price has been on an upward trajectory since May 19, rising 25% through Sunday.

With the token rallying continuing through Monday, traders could target extended gains at about $1.74, or higher at $1.80. On the other hand, $1.60 and $1.52 are crucial support levels.

Splinterlands was among the best performers in our previous report. The leading NFT-based card game token extended those gains over the last seven days, spiking by more than 24%.

The $SPS token has now fully recovered from the pullback suffered earlier in the week.

The game’s first week of the emote contest concluded on Saturday after helping drive the token price higher.

Nonetheless, Splinterlands does not seem to be facing any pullbacks, after the $SPS token price extended gains on Monday. 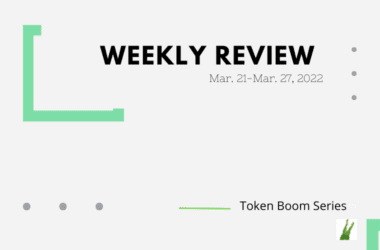 In this edition of the weekly token boom report, NFTs and metaverse tokens extended last week’s gains with $AXS, $THETA, and $ENJ up more than 30%, while $APE gained 62%. 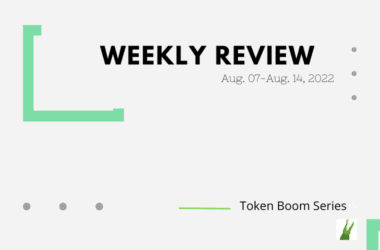 In this edition of the weekly token boom report $UFO and $RACA drove metaverse gains while $CHZ and $XPR led NFTs and Collectibles tokens. 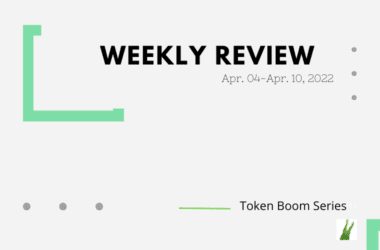