In this edition of the weekly token boom report, Axie Infinity plummeted nearly 30% despite its parent Sky Mavis completing a $150 million funding round to compensate the victims of the previous week’s $625 million exploit.

In a report published by DappRadar, the blockchain industry grew 396% in Q1 2022 compared to the same period a year ago. However, sequential data indicates a slight slowdown from the October-December boom.

Although the metaverse continued to attract significant venture capital activity, this did not boost trading activity in related tokens after the overall market cap of the segment fell slightly to $34.4 billion down from $34.6 billion in the previous week.

The DappRadar report indicated that the GameFi segment of the blockchain industry continues to drive growth accounting for more than 50% of the 2.38 million daily active users reported for Q1 2022.

Axie Infinity and WonderHero’s hacking dampened the mood in the industry resulting in a significant decline in the price of the $AXS, $HIGH and $DG tokens.

The company announced the completion of a $150 million funding round from Andreessen Horowitz, SoftBank, Animoca and others to compensate the users affected by the breach o the private keys.

Axie has also announced the release of its Origin game and promised improvements on the early version over the coming weeks and months.

Highstreet is a massively multiplayer online role-playing game built on the Ethereum blockchain. The platform utilises ERC-721 tokens split into two to power its gaming ecosystem.

Its native token $HIGH has been on a decline over the last seven days, falling by about $30% through Sunday, April 10.

Therefore, with the relative strength index indicating the token has reached oversold conditions, traders could target potential rebound profits at about $5.06, $5.38, or higher at 45.76.

Decentral Games is a metaverse platform that builds free-to-play, play-to-earn games in the 3D virtual world. The company announced its partnership with Crypto.com-backed Cronos Play on April 7.

Technically, the $DG token seems to have extended declines from the previous week, despite making some positive announcements. As a result, the token has entered oversold conditions, creating an opportunity for a rebound.

NFTs and Collectibles token extended the previous week’s decline to $49.3 billion down from $49.25 billion.

However, there was more positive news from the segment with the UK government announcing plans to mint NFTs. Her Majesty’s  Treasury asked the UK Royal Mint to launch an NFT by the summer.

Elsewhere, renowned leaker Ralph revealed that Activision may be planning to bring NFTs to its popular game Call of Duty.

Nonetheless, the positivity did not boost NFTs and Collectibles token prices with Phantasma and Smooth Love Token extending declines.

Phantasma is a fully interoperable blockchain platform focused on building Smart NFT technology. The technology makes Phantasma one of the most sought-after NFTs and P2E gaming platforms in the industry.

Its native token $SOUL is listed on some of the leading token exchange platforms including Gate.io, Kucoin, and Uniswap, among others.

Phantasma announced its partnership with Southeast Asia-based gaming ecosystem Bounty Hunter on Sunday, giving its exposure to an audience of at least 250,000 users.

Smooth Lover Potion tokens are in-game tokens earned by players of the popular Axie Infinity game. The token was introduced to replace what the platform previously labelled as experience points.

The tokens can be used to breed new digital pets in a tiered pricing system. The more $SLP tokens you earn the more expensive pets you can buy.

Technically, the SLP token seems to be trading within a descending trend formation, phishing its price to oversold conditions of the relative strength index.

Unifty is an upcoming NFT swapping developer app that offers users complete control of their contracts. Its native token, $NIF 1,737,212 NIF coins and a max. supply of 5,000,000 NIF coins.

Unifty combines the power of non-fungible tokens with decentralised finance (DeFi) to offer CAAS (Contracts As A Service) solutions.

While the rest of the NFTs and metaverse tokens plummeted over the last seven days, Unifty rocketed 90%, before trimming gains to 45% by the end of the week.

Technically, the $NIF token seems to have recently bounced off oversold conditions to rally towards the median point of the relative strength index indicator.

Therefore, with the token price far from reaching the overbought conditions, traders could target extended gains at about $16.75, or higher at $19.02. On the other hand, $13.93 is a short-term support zone while $10.00 is a long-term support level.

Joel Dietz: “I don’t really judge my success based on what people around me are doing.” 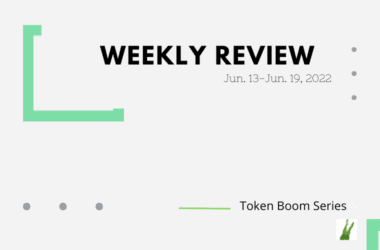 In this edition of the weekly token boom report, $LOOKS, $SWFTC, and $OGN were top performers in NFTS and collectibles, while $GAME and $LYXE led the metaverse rally. 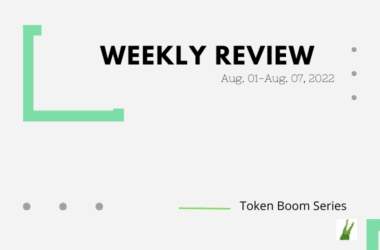 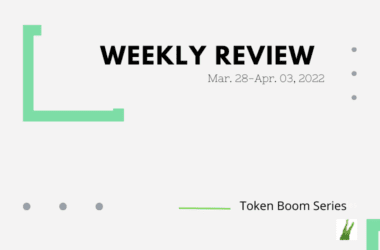 In this week’s edition of the token boom report, $MOOV, $PYR, $VEMP and $BSW spiked sharply before pulling back during the weekend to trim the gains.