Since voice actor Troy Baker announced his partnership with voice NFT company Voiceverse last week, it has been discovered that the platform stole a voice clip from text-to-speech creator 15.ai.

Here is the video they deleted.
😂😂😂😂😭 pic.twitter.com/lVfUOTi6kR

The text-to-speech creator spotted a since-deleted tweet from Voiceverse, posting a pitched up animated cat voice clip taken from another NFT project, Chubbiverse.

Following the discovery, Voiceverse admitted to using the voice without giving 15.ai due credit, at the same time issuing an apology to 15.ai, which wasn’t accepted.

This follows Baker’s announcement of his partnership with Voiceverse last week, which has been met with backlash.

Troy Baker has been the voice behind Joel from The Last of Us, Jonesy in Fortnite, and both Batman and The Joker in several Batman video games. His partnership with Voiceverse has drawn ire from other voice actors, game developers and designers such as Josh Sawyer, Sean Chiplock, Gianni Matrargano and Christopher Pollock.

The worst part in my opinion is that these particular nfts are intending to use ai deepfakes to make it so people wouldn’t even have to hire a VA for their project, just use the ai version. Hell their website even lists “no legal hassle” as on of the benefits. He’s (1/2)

One Twitter user voiced concerns that this project could put voiceover artists out of a job, saying: “these particular NFTs are intending to use AI deepfakes to make it so people wouldn’t even have to hire a VA for their project, just use the AI version“.

“Literally supporting something that would put him out of a job. He was one of my biggest inspirations as an amateur VA, but all I feel now is disappointment and secondhand embarrassment for him,” they added.

However, other voice actors who have joined Baker in endorsing Voiceverse include Andy Milonakis, of sketch comedy series The Andy Milonakis Show and voice of NEPTR on Adventure Time, and Charlet Chung, the voice of D.Va in Overwatch and Seraph in Call of Duty: Black Ops 3.

On its website, Voiceverse claims to be a “Voice Metaverse built around an initial drop of 8,888 voice NFTs on the Ethereum blockchain”. Built with AI, buyers of the NFTs are given full IP ownership rights to a unique voice in the Metaverse that they can use for” in-game chats, zoom calls, YouTube & Tiktok, and create whatever content they desire.”

The platform also has plans to allow voice actors to mint their own voices as NFTs, and they will only receive royalties when the NFTs are sold.

While Baker has responded to the initial backlash of his involvement with Voiceverse, saying “I always want to be a part of the conversation, even if sometimes that finds me in the midst of a loud one,” he has yet to respond to this incident at the moment. 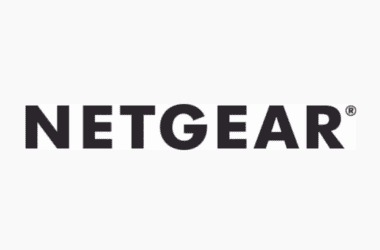 The licensing model will support the display of SuperRare NFT collections on NETGEAR’s digital canvas, Meural.

Quick take: Minted was launched in partnership with Crypto.com. It allows Ethereum-based blue-chip NFTs to be listed alongside…