The LOOKS Token Plummeted More Than 40% Amid Community Backlash, While SAND Fell 28%

The crypto market extended declines for the second week in a row, with top metaverse and NFT tokens plunging by nearly 30%. On the other hand, the New York Stock Exchange moved closer to listing its own NFTs after filing a trademark application for its own NFT marketplace. Reports indicate the trademark applications in the US grew by 500% in the last six months.

Elsewhere, JPMorgan became the first bank to open a virtual lounge in the metaverse, while French insurance company Axa led its counterparts from the EU region into the virtual world. In this edition of the Token Boom report, we look at LooksRare’s $LOOKS 42% decline in price and The Sandbox’s 28% pullback

The metaverse segment of the market declined further to about $25 billion over the last seven days, down from about $27.5 billion in the previous week.

Some of the contributing factors were the overall bearish trend of the crypto market, while positive catalysts came from leading multinational corporations launching their own virtual projects including JPMorgan, Axa, and Roberto Cavalli.

However, SAND soon shed those gains resuming its downward trend.

Although the SAND toke bounced back on Monday morning, it is still several levels below last week’s opening price.

Technically, the SAND token seems to have recently bounced back after bottoming at $3.17. Therefore, investors could target extended gains at about $3.50, or higher at $3.65, while $3.17 will continue to a crucial support zone.

The STARL token is the utility token of the metaverse and marketplace blockchain platform StarLink. The space-themed metaverse gaming ecosystem acts as a launchpad for blockchain games whilst also offering NFTs through its marketplace.

StarLink has been running its TikTok dance challenge over the last seven days, which boosted trading volume despite the significant decline in the price.

It spiked sharply on Monday following the conclusion of the challenge, before trimming gains by midday.

The SOUL token is the native token of Phantasma, a blockchain ecosystem that provides developers with Smart NFT and metaverse gaming technology.

The platform describes itself as a fully interoperable, decentralized feature-rich blockchain, dedicated to limiting the carbon footprint created by minting NFTs and in-game items.

The NFTs and Collectibles tokens lost more than 9% in market value to $38 billion, down from $42 billion in the previous week.

The decline was driven by the massive plunge in the native token of the NFT marketplace $LOOKS and the Ethereum scaling protocol Immutable X $IMX tokens while Theta Network (THETA/USD) also declines significantly.

The NFT community at the most popular NFT marketplace by trading volume in January, LooksRare was stunned earlier in the week after finding out that the team has been cashing out $LOOKS token worth $30 million.

Looks plunged more than 20% on Feb. 14, as the LooksRare team tried to calm its community after it was caught cashing out.  Although the token bounced back momentarily, it has since fallen closer to last week’s lows.

However, with the price still far from oversold conditions of the 14-hour RSI, traders could expect further declines towards $1.51. On the other hand, $1.67 and $1.78 are crucial resistance zones.

The $IMX token is the utility token of the Ethereum scaling protocol Immutable X. The platform announced a partnership with blockchain game developer Kongregate on Tuesday, sparking a slight surge in the $IMX price.

However, the toke has drifted downward since then dropping to about $1.81.

Technically, the $IMX token seems to have recently bottomed, spiking a rebound. However, with the price yet to retest overbought conditions, traders could target extended gains at about $1.98, or higher at $2.08, while $1.81 will continue to provide crucial support.

The $SYS token is the utility token of the blockchain platform Syscoin. The platform describes itself as a layer-1 and layer-2 solution built from a combination of industry-proven technologies to provide developers with all the tools they need to launch their applications.

The platform offers fast execution of transactions at lower fees.

On Wednesday, the dual-layered blockchain ecosystem launched its first DEX, Pegasys sparking a slight spike in the $SYS token price.

However, the price has since declined, falling to trade at about $0.61 after bottoming at about $0.55 on Sunday.

Technically, the $SYS token seems to be trading within an upward trajectory after the recent plunge.

Therefore, with the token yet to cross to overbought conditions of the 14-hour RSI, traders could target extended gains at about $0.65, or higher at $0.68, while $0.58 and $0.55 are crucial support zones. 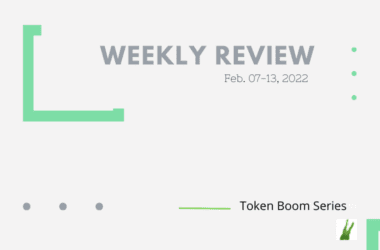 In this edition of the weekly Token Boom report, Shiba Inu leapt into the metaverse, unleashing the LEASH token, which rallied more than 50% before pulling back to trim gains. 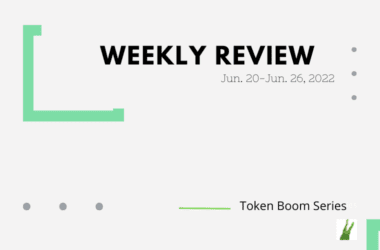 In this edition of the weekly token boom report $SAND, $YGG and $CEEK led metaverse tokens while $RARE, $GMT, and $ENJ were among the best in NFTs and collectibles. 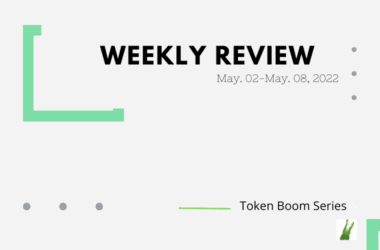 ApeCoin Plunged to a New 7-Week Low, While The Sandbox and LooksRare Also Fell

In this edition of the token boom report, we discuss $APE, $RARE, $LOOKS, $SAND, $VR and $SYS as the metaverse and NFTs & Collectibles token fall further.