Square Enix president Yosuke Matsuda is doubling down on the company’s commitments to Web3. In his new year’s letter published on Jan 1, Matsuda mentioned the word “blockchain” 14 times.

The gaming company’s push towards Web3 began in February last year when it partnered with The Sandbox to bring Dungeon Siege to the metaverse. Three months later, Square Enix sold its western arm and all the associated intellectual property rights to Embracer group for $300 million to focus on blockchain games.

Besides developing blockchain games, Square Enix has also been investing in them. In July, the company backed Bitcoin gaming infrastructure provider, Zebedee, in a $35 million funding round.

In the new year’s letter, Matsuda said that Square Enix is currently most focused on investing in blockchain entertainment while acknowledging the volatility in the crypto and NFT markets as well as the collapse of FTX.

However, he believes that events that negatively impacted the Web3 industry in 2022 would ultimately have been good for the growth of blockchain entertainment if it leads to regulation and transparency in the Web3 business environment.

Matsuda also mentioned that the Square Enix Group is developing multiple blockchain games based on original IPs, some of which were announced last year. In November, the company released a trailer of its first NFT game, Symbiogenesis, which received mixed reactions, especially from Web2 gaming communities known to resist traditional gaming companies’ moves towards GameFi. However, he remains undeterred.

“We are undertaking preparations that will enable us to unveil even more titles this year… Blockchain has been an object of exhilaration and a source of turmoil, but with that in the rearview mirror, we hope that blockchain games will transition to a new stage of growth in 2023,” Matsuda wrote in the new year’s letter.

While its blockchain games have yet to materialise, Square Enix has actively taken steps in that direction. In September, Square Enix partnered with Oasys Gaming to become a node operator of Oasys’s upcoming “environmentally friendly, proof of stake” blockchain.

The company joins a growing list of global video game makers that are exploring blockchain gaming including Bandai Namco Research, Sega, Ubisoft (which has a similar partnership with Tezos), Netmarble, WeMade, and Com2uS.

In July, the leading video game developer partnered with Enjin to create NFTs based on its popular game, Final Fantasy VII.

Matsuda said that the blockchain and NFT market was driven more by speculative investors than gamers through 2022. He added that content that was at the forefront was created based on the premise that blockchain and NFTs should result in monetization.

“However, in the wake of the aforementioned turbulence in the cryptocurrency industry, there is now a trend to view blockchain technology as a mere means to an end and to discuss what needs to happen to achieve the end of delivering new experiences and excitement to customers. I see this as a very beneficial development for the future growth of the industry,” he concluded.

For The Past 7 Days, The NFT Market Saw Over 15K ETH In Daily Volume 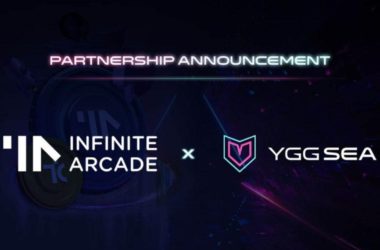 Blockchain gaming platform Infinite Arcade and YGG SEA have launched a strategic partnership to onboard half a million South-East Asian gamers to Web3. 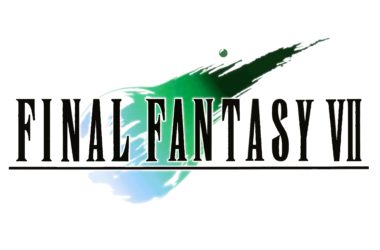 Square Enix has finally acted on its Web3 plans by launching NFTs based on the Final Fantasy VII game on the Efinity blockchain. The Web3 gaming ecosystem is developed by the creators of Web2 gaming series, Trial Xtreme.