According to data by “sealaunch” on Dune Analytics, the biggest volume of Otherdeeds secondary sales by platform is on OpenSea, which on April 30 announced that it is accepting ApeCoin for buying Otherside NFT. The fact that this record-breaking sale of a rare Otherdeed happened on two-month-old NFT marketplace X2Y2 comes as a surprise.

Yuga Labs began its much-anticipated Otherside NFT mint on Apr 30 and sold 55,000 Otherdeeds, the metaverse land NFTs, in three hours. The company generated more than $317 million from the NFT mint. Otherdeeds is the highest-grossing NFT project to date.

However, Yuga Labs came under fire as the high demand for the Otherdeeds resulted in a gas war that sent gas prices soaring to thousands of dollars per transaction. Over 64,000 ETH ($180 million) was burnt on gas fees during the mint.

Besides the initial 55,000 land plots available for minting, another 45,000 were unveiled. 10,000 were reserved for Bored Ape Yacht Club (BAYC) holders; 20,000 for Mutant Ape Yacht Club (MAYC) holders; and 15,000 for Yuga Labs and other project developers involved in creating Otherside. Both BAYC and MAYC holders can claim the same number of Otherdeeds as the number of Bored Apes they own.

A total of 200,000 Otherdeeds are in supply. The remaining 100,000 will be rewarded to Otherdeed holders who contribute to the development of Otherside.

According to The Block, the Otherdeed NFTs generated $833 million in primary and secondary sales within days of its launch.

On May 7, Otherdeed ranked second for the number of NFTs sold overall over the last seven days, according to X2Y2, while over 31.2K sales of ENS domains were sold from May 1 to May 7, taking the top spot for most NFTs sold. Otherdeed currently holds the top spot for NFT sales by seven-day volume.

15 trademark applications were filed to register the Mastercard name, its "Circles" logo and the “Priceless” slogan. 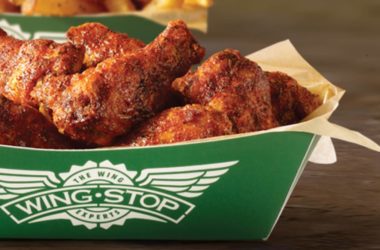 Wingstop has filed a multi-class trademark application to bring hot wings to the metaverse. The application also indicates the company will offer NFTs and drinks. 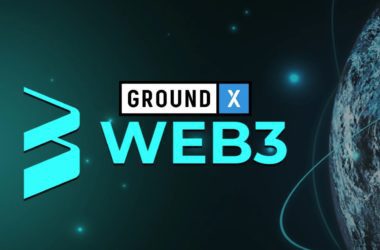 Kakao’s blockchain subsidiary Ground X has teamed up with 50 local companies to launch GRID, a business alliance seeking to promote and expand NFT use cases.

This website uses cookies to improve your experience while you navigate through the website. Out of these, the cookies that are categorized as necessary are stored on your browser as they are essential for the working of basic functionalities of the website. We also use third-party cookies that help us analyze and understand how you use this website. These cookies will be stored in your browser only with your consent. You also have the option to opt-out of these cookies. But opting out of some of these cookies may affect your browsing experience.
Necessary Always Enabled
Necessary cookies are absolutely essential for the website to function properly. These cookies ensure basic functionalities and security features of the website, anonymously.
Functional
Functional cookies help to perform certain functionalities like sharing the content of the website on social media platforms, collect feedbacks, and other third-party features.
Performance
Performance cookies are used to understand and analyze the key performance indexes of the website which helps in delivering a better user experience for the visitors.
Analytics
Analytical cookies are used to understand how visitors interact with the website. These cookies help provide information on metrics the number of visitors, bounce rate, traffic source, etc.
Advertisement
Advertisement cookies are used to provide visitors with relevant ads and marketing campaigns. These cookies track visitors across websites and collect information to provide customized ads.
Others
Other uncategorized cookies are those that are being analyzed and have not been classified into a category as yet.
SAVE & ACCEPT
Total
2
Share