NFT artist Victor Langlois popularly known as “FEWOCiOUS” has announced the successful fundraising of nearly $20 million, following a limited public sale of digital art. The 19-year old artist offered collectors an opportunity to buy as many as possible digital paintings during the 24-hour period.

Langlois sale is now the third-highest on crypto art NFT marketplace Nifty Gateway. He couldn’t process what had just happened.

Approximately 5,000 buyers participated in the 24-hour window, all flocking to buy digital paintings of what looked like small colourful blobs of paint, FEWOCiOUS’ signature style.

Langlois is creating a metaverse-style world, or digital universe, called FewoWorld, and the successful sale of the “Paint Drop” artwork is just the beginning of things to come.

FewoWorld will be composed of little NFT characters called “Fewos”. The artist said more details about his metaverse-like world will be released in due course.

“The way I view it is, what would Michelangelo do if he had a laptop and social media to talk to the best creators on Earth,” he said.

According to Langlois, each paint NFT will be linked to a select number of “Paint”, the building block of FewoWorld.

The paint could be used the same way video games use character skins to empower characters based on the “Paint”.

Langlois said he will use the funds to explore various ways he could bring more creativity to FewoWorld, including adding more people to his team.

The artist plans to continue hosting “paint parties”, which he uses to give collectors of his NFTs an opportunity to paint anything they want.

FEWOCiOUS “Paint Drop” sale has cemented the artist’s place in the digital art space, creating a strong foundation to create something bigger, like the “FewoWorld”. Langlois has now sold nearly $50 million worth of art in just over a year.

One of Langlois’ most popular NFT pieces, “Nice to meet you, I’m Mr MiSUNDERSTOOD”, sold for 882 ETH, approximately $2.8 million at Sotheby’s auction house last October. He has also sold several NFTs for nearly a million dollars.

Ori Levi: “We see NFTs moving to the gaming and utility sector.” 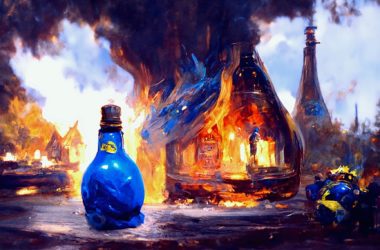 A Ukrainian deep tech startup has created an AI that paints war art to support the victims of the war with Russia. 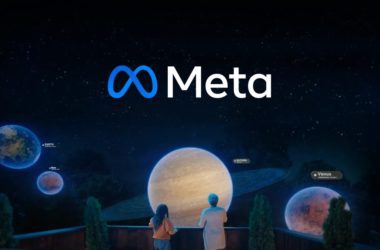 Meta Lays Off 11,000 Staff as Metaverse Spending Takes Its Toll

Meta shares have plummeted more than 70% this year with the company’s metaverse bet taking a toll on net income.

This website uses cookies to improve your experience while you navigate through the website. Out of these, the cookies that are categorized as necessary are stored on your browser as they are essential for the working of basic functionalities of the website. We also use third-party cookies that help us analyze and understand how you use this website. These cookies will be stored in your browser only with your consent. You also have the option to opt-out of these cookies. But opting out of some of these cookies may affect your browsing experience.
Necessary Always Enabled
Necessary cookies are absolutely essential for the website to function properly. These cookies ensure basic functionalities and security features of the website, anonymously.
Functional
Functional cookies help to perform certain functionalities like sharing the content of the website on social media platforms, collect feedbacks, and other third-party features.
Performance
Performance cookies are used to understand and analyze the key performance indexes of the website which helps in delivering a better user experience for the visitors.
Analytics
Analytical cookies are used to understand how visitors interact with the website. These cookies help provide information on metrics the number of visitors, bounce rate, traffic source, etc.
Advertisement
Advertisement cookies are used to provide visitors with relevant ads and marketing campaigns. These cookies track visitors across websites and collect information to provide customized ads.
Others
Other uncategorized cookies are those that are being analyzed and have not been classified into a category as yet.
SAVE & ACCEPT
Total
29
Share