While making a living from gaming has been reserved for professional traditional gamers and Twitch streamers in the past, play-to-earn gaming has transformed the gaming industry as it allows millions of players to earn an income anywhere in the world.

Riding on the momentum of the rapid rise of the P2E gaming industry induced by the pandemic, P2E gaming guilds have entered the space to help players profit from gaming by leasing in-game assets. For players without capital, this removes the need to foot the upfront cost of participating in a P2E game.

Founded in June 2021, P2E gaming guild UniX saw huge growth in just a few months. The platform built a community of about 200,000 members on its Discord channel shortly after its launch and successfully raised $28 million in its public funding round in November.

UniX founder Mirko Basil Doelger was a Fleet Operations Manager where he led large teams of more than 400 employees through multiple $480 million openings. His operational experience equipped him with the skills to grow UniX’s community and the company’s team of over 100 employees spread across HR, media, marketing, graphic design, team leaders and eSports.

On the back of UniX’s recent partnership with The Sandbox, we caught up with Doelger to find out more about the gaming guild’s metaverse ecosystem ambitions and what his views on developing a stronger P2E game economy are.

Please tell us about yourself and the story behind UniX Gaming.

I’m Mirko Basil Doelger and I’m 36 years old. Back in the day,  when the gaming space and the internet were new, my career started with Blizzard games like Diablo, Starcraft and World of Warcraft. I was also an E-sport professional gamer in Counter-Strike.

The inspiration for a  crypto game came from an item in Diablo2— a ring called Stone of Jordan. The community used in-game currency to purchase an item with value. My passion has always been gaming, and on the crypto side, I see a lot of adoption and saw an opportunity when gamers are already trading digital goods in the game.

We followed the early stage play-to-earn space closely. Once AXS launched on Binance, we saw a massive opportunity in the P2E space. We saw a need for games to connect with gaming communities and formed the $UNIX Token and the utility around it.

How and when did you get into P2E games? Where did you hear about it in the first place?

Gaming has always been my passion for connecting with gaming communities and exchanging insights, skills and just trash talking. I have been in crypto since 2018, and there have been a few P2E projects already, but I think the timing was too early. I followed the P2E space closely in 2021, which was a great year looking at the adoption of NFTs and the Axie Infinity which put the P2E space in the spotlight.

Why did you leave your career as a Fleet Operations Manager to start a blockchain gaming guild?

Crypto was more of a hobby and where I stored personal investments. Beginning of 2021, I retired from work as Fleet Operations Manager to be full-time in crypto with smaller projects in education and DeFi, and of course following the P2E space.

What are some of the challenges of running UniX, and how did you overcome them?

I think the most challenging part was building the community and onboarding over 5000 scholarships in a short period. But we have a strong community and a solid structure onboard and have recruited new joiners in the space since many players are fascinated that you can play and earn. Most of them have never been in touch with crypto.

Why does UniX want to become an ecosystem builder in The Sandbox?

Who has UniX built virtual worlds for in The Sandbox? If there hasn’t been anyone yet, who has shown interest?

There are many companies who invested in a Sandbox land to own their piece of the metaverse. Most of these companies are facing challenges because some don’t have the capacity or departments to build on the Sandbox land. With our gaming studio 1mhz, we have the manpower to build in the Sandbox ecosystem and build our partnership.

How will presence in The Sandbox boost UniX’s positioning in the P2E games industry?

As an active builder on The Sandbox and the growing metaverse market, The Sandbox is just the first step for UniX as an ecosystem builder. The Sandbox is my favourite partnership, and with quality in-game experiences that millions of users can access, the UniX brand will grow.

What does the gaming ecosystem you envision entail?

The gaming ecosystem lives from player to consumer, but that goes hand in hand with fun and outstanding game experiences. Those are two of the key features of a sustainable ecosystem of the project which supports continuous growth.

We are so early, and it’s fascinating to see new ecosystems and economies growing in the space. Participation, learning and improving continuously, I think is the best recipe at the moment. Supporting projects like Sandbox, Axie Infinity and others, especially as a gaming guild, will populate these metaverses and grow their communities.

Where do you think we could see P2E games in the near future?

Larger adoption in P2E will happen as we can see a huge adoption on the NFT side. Retail will follow, it’s a matter of time. Good timing is also important. We will see the infrastructure start to bridge gaps between games and guilds/players with new protocols and evolving game ecosystems in 2022. In the future, P2E is here to stay, and UniX is happy to be on the early adoption side going forward as a pioneer in the space.

What do you think is the recipe for success for P2E games as competition in the industry heats up?

Projects and games which have a larger roadmap with developing game expansions will see success with games that release new content quarterly. Since crypto is very fast-paced and we can’t wait years for a game to be finished without any features until release like in the traditional game industry.

So NFT drops with utility and mini pregames involve a roadmap so players can already populate the games. But also a key point is the community aspect, taking feedback from the gamers joining your metaverse and implementing it based on the community’s needs in order to deliver a better game experience.

Any other P2E game-related industry issue you would like to talk about?

We see a large userbase joining major titles at the moment like Axie Infinity. The downside is that it’s used by a lot of players just as a source of income; so there’s no reinvestment back into the ecosystem they are taking part in. As more players join, the selling pressure increases. The games need to have a really strong token ecosystem and a burning mechanism in their game since their in-game currencies mostly have an unlimited supply.

A more solid ecosystem where people bet on each other is more sustainable since you transfer reward tokens from player to player depending on who is winning. Of course, it’s a new space, and we can be happy that games and metaverses like The Sandbox and Axie put a spotlight on the play to earn space. Learning and improving in the current stage are key in developing a strong game economy.

In our spotlight series, we interview interesting players from the industry. 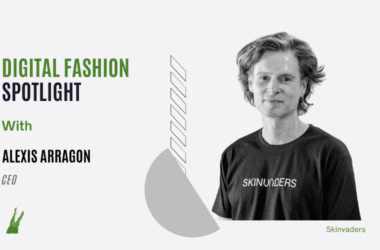 In this Q&A, Alexis Arragon, CEO of Skinvaders, shares his insights on creating digital wearables for the metaverse. 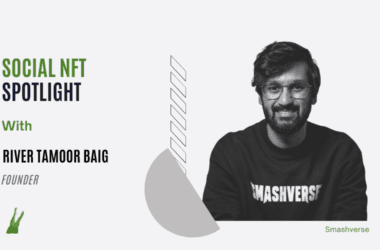 River Tamoor Baig: “Social NFTs are an important further development in our understanding of identity in Web3.”

In this Q&A, River Tamoor Baig, founder of Smashverse, shares how Social NFTs can be tools for gamers to build their personal brands and social media presence. 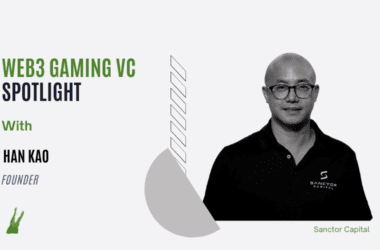 Han Kao: “What we would love is to see more gaming infrastructure deals.”

In this Q&A, Han Kao, founder of Sanctor Capital, shares whether the FTX collapse has changed how the investment company deploys capital.

This website uses cookies to improve your experience while you navigate through the website. Out of these, the cookies that are categorized as necessary are stored on your browser as they are essential for the working of basic functionalities of the website. We also use third-party cookies that help us analyze and understand how you use this website. These cookies will be stored in your browser only with your consent. You also have the option to opt-out of these cookies. But opting out of some of these cookies may affect your browsing experience.
Necessary Always Enabled
Necessary cookies are absolutely essential for the website to function properly. These cookies ensure basic functionalities and security features of the website, anonymously.
Functional
Functional cookies help to perform certain functionalities like sharing the content of the website on social media platforms, collect feedbacks, and other third-party features.
Performance
Performance cookies are used to understand and analyze the key performance indexes of the website which helps in delivering a better user experience for the visitors.
Analytics
Analytical cookies are used to understand how visitors interact with the website. These cookies help provide information on metrics the number of visitors, bounce rate, traffic source, etc.
Advertisement
Advertisement cookies are used to provide visitors with relevant ads and marketing campaigns. These cookies track visitors across websites and collect information to provide customized ads.
Others
Other uncategorized cookies are those that are being analyzed and have not been classified into a category as yet.
SAVE & ACCEPT
Total
87
Share