Play-to-earn gaming platform, Ertha on Tuesday said it completed a $5.4 million capital raise from leading cryptocurrency investors. The funding round was led by LD Capital, an investment firm based in Asia that focuses on blockchain projects.

Commenting on his company’s participation in the capital raise, Xi Li, Partner at LD Capital pointed to Ertha’s track record in the gaming and coding industries as a reason his firm did not hesitate to lead the funding round.

“In this challenging time, we believe Ertha will gain more adoption from traditional gamers and usher in a new era of Play to Earn,” Xi said, adding that the pandemic has put a strain on businesses and economies amid the preventive measures like lockdowns taken by governments.

Ertha said its play-to-earn project will give players an opportunity to build a new world from the ground up, allowing them to right the wrongs of the past.

“Player actions could have lasting impacts within the ever-evolving metaverse,” Ertha Metaverse noted, adding that players will have the ability to, “extract resources, develop land, re-build economies, and [recreate] countries and their governments in the way they see fit.”

The company’s latest capital raise follows its recent launch of an Initial DEX Offering, IDO, on three of blockchain gaming’s most popular IDO platforms, including Seedify, RedKite, and GameFi.

The platform is already generating income from 7,500 virtual land sales while its Twitter and Discord communities have rocketed to 75,000 and 51,000 respectively.

Ertha begins at a time when mankind is on the verge of extinction, with world leaders failing to find solutions while natural disasters continue to destroy our planet.  The Ertha metaverse is composed of 350,000 land plots that attract taxes, fees and other revenue whenever a transaction occurs.

Players try to balance production, trading, and financial spending in order to stay ahead of the competition.

ProShares Files with the SEC to Launch a Metaverse Theme ETF 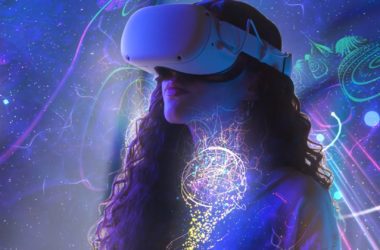 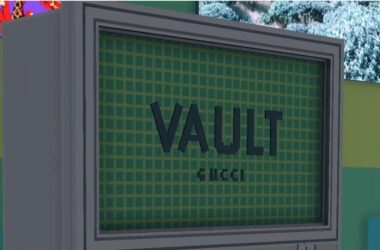 Gucci Expands Web3 Strategy With a Metaverse Hub on The Sandbox

Gucci has become the first major fashion brand to have a space dedicated to web3 products on The Sandbox’s metaverse.

China Mobile subsidiary Migu and China’s version of TikTok Douyin are offering fans a chance to watch the Qatar World Cup in the metaverse.