AB de Villiers is pivoting to blockchain gaming with Myria. The legendary South African Cricketer has collaborated with the blockchain gaming developer to launch a mobile play-and-earn (P&E) game. De Villiers’ new project will be the celebrity-backed cricket blockchain game integrated with a P&E ecosystem and non-fungible tokens (NFTs).

The game will be exclusively available on mobile. The team behind the project said its aim is to onboard millions of cricket fans to blockchain gaming. The global cricket fan base is estimated to be about 2.5 billion.

The partnership will also explore ways of branding the new project as they build a community around it by creating highly engaging features in the game by leveraging their love and understanding of cricket.

Myria is a comprehensive blockchain game development platform launched in 2021 to create a gateway to Web3 gaming. The startup also develops its own range of free-to-play AAA titles in addition to helping bring the best blockchain games to life.

Its full-stack game developer kit is used by partner studios to build their games in the Myria ecosystem.

Brendan Duhamel, Myria’s Head of Blockchain said in the new era of gaming, cricket and crypto have the ability to bring together two of the most passionate communities for experiential entertainment.

“Cricket icon and innovator, AB de Villiers, leads the cricket industry to move the enthusiasm people have for cricket into the digital realm,” he said, adding: “AB has placed his trust in Myria’s platform to bring his blockchain-enabled cricket game to life and together we’ll usher in a future of empowered gamers and communities.”

AB de Villiers was named the greatest batsman of all time by the Indian Premier League, the country’s top-tier cricket competition, which also earned him the GOAT (greatest of all time) in cricket title.

The game will also leverage other blockchain gaming features like NFTs to add fun thus ensuring that players are not drawn to it for the sake of earning alone.

“The main thing is that there is no compromise,” AB de Villiers stated when speaking about the game. “My cricket game will be fun and exciting just like a match on the field, but it will also be equitable and empower digital asset ownership. Myria shares my commitment and together we will bring new cricket experiences to my fans.”

The game will be available for download from Apple App Store and Google Play Store in Q2 2023.

Banger Games is building the “first-ever” blockchain gaming hub after completing a €10 million funding round led by Avalanche. 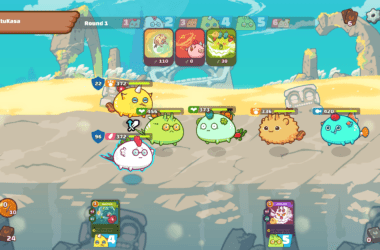 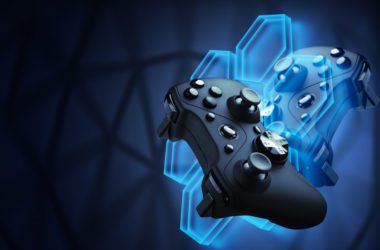 Web3 Gaming is an Evolution, Not a Revolution-Arcane Research

According to a new report published by Arcane Research on Web3 gaming, the current ecosystem, largely driven by venture funding is unsustainable.