Identifying the Residents of the Metaverse – ID4Africa

Nicholas Kitonyi
In the latest episode of ID4Africa, identity experts from all over the world discussed the right to anonymity and identity authentication in the metaverse.
Image source: ID4Africa/YouTube
Total
14
Shares
0
0
0
14

One of the biggest selling points of Web 3.0 and the metaverse is decentralisation. However, as the metaverse craze continues to attract more players into the new virtual world, questions are now being asked about identity in the metaverse and taxation of metaverse workers.

In the latest episode of ID4Africa, a program aired on YouTube featuring expert panellists from all over the world, the experts tried to address the issue of anonymity in the metaverse, taxation and identity authentication in and out of the digital world.

The panel convening for the 26th episode titled “Deconflicting the Many Notions of Digital Identity” included identity experts from the UN, the private sector and the civil society.

The lead topic was identity in the real world and the virtual or metaverse settings.

ID4Africa executive chairman Dr Joseph Atick started off by saying that for the new virtual world to be fully adopted in the real world, it would have to be built on a trustworthy identity layer, adding that “government regulators will insist on some sort of link between our virtual and our official or legal identity.”

Dr Atick pointed to the way schools have already adopted blockchain technology as an identity verification protocol for students seeking employment and other use cases that require proof of education.

MetaMe’s Dele Atanda thinks that there is a conflict in understanding the issue of identity, with the modern generation confusing it with identifiability, thus advocating for the right to anatomy from a human rights angle.

“Systems see identity as objective, but it is subjective in a modern world according to Atanda, resulting in conflict.”

About half a dozen identity experts also chimed in pointing to the importance of creating a digital identity database for the 21st century. And they all agreed that the government will most likely take charge.

Identity expert Adam Cooper said that the government has enough credit in the bank as a source of trust, and therefore will continue to do so. “We need to separate out the issuance of credentials from the trust,” he said, adding that governments could provide the trust element in credentials issued by others.

However, Atanda pointed out that to exercise human rights in a digital world, there has to be some degree of anonymity, with Kate Wilson from Digital Impact Alliance (DIAL) adding that the ability to mask who you are in the digital world “rapidly and vastly different than we have grappled with.”

The metaverse also raised questions about taxation, with UNDP’s Niall McCann saying that the government may have to track its people to determine “where they are and where they are working in order to tax them,” regardless of whether they are labourers or digital nomads.

However, Cooper points out that this might be more difficult than it sounds, adding that because people move around a lot, the proof of address concept of identity authentication is becoming less useful.

On the other hand, Dr Saurabh Garg from the UIDAI said that the use of mobile phones for identity authentication may become more useful in the digital age, adding that it has already become one of the primary requirements when opening a financial account with their organization, Aadhaar.

“So the mobile in a way in terms of the importance, I would say it’s become nearly as important as the Aadhaar number itself,” he said. 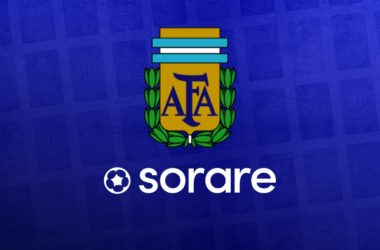 Muneeb Ali said on Thursday his company Trust Machines raised $150 in a funding round as it bids to unlock the power of dApps, NFTs and DAOs on the Bitcoin ecosystem.

Bitwise Asset Management has announced the launch of a web3-focused ETF that targets the metaverse, DeFi and digital worlds, and blockchain infrastructure.