Gucci revealed on Wednesday that it is building its own virtual world on metaverse real estate and game platform, The Sandbox. The fashion house has acquired an undisclosed amount of virtual land on the platform.

Crafting the future, pixel by pixel. Vault is building its own virtual world on @TheSandboxGame. Discover more https://t.co/wEUMFPiNsg #GucciVault pic.twitter.com/GVW1mpyJQC

On The Sandbox, the brand will create themed fashion experiences inspired by Gucci Vault.

The Vault was created by Gucci as an experimental online space envisioned by the brand’s creative director, Alessandro Michele. It houses Gucci’s NFT and metaverse projects as well as a curated selection of rare vintage pieces alongside noteworthy designer collections.

Specific details of what Gucci will be building in its virtual world has not yet been unveiled, but the brand revealed on its Discord server that it will be building immersive experiences. According to Vogue Business, The Sandbox confirmed that Gucci designers will be creating select metaverse items for players to buy and wear in the virtual world.

“For a new generation of players, virtual fashion is as important as real-life fashion,” Sebastien Borget, COO and co-founder of The Sandbox, said in a statement.

According to The Sandbox, Gucci’s virtual space “will be inspired by childhood memories of the search for beauty, which brings you to Gucci Maze” and drive conversations about the future of fashion and the metaverse.

This news comes shortly after Gucci announced its second NFT drop Jan 18. Created in collaboration with toymaker Superplastic, the three-part drop began on Feb 1. However, a third public drop was postponed due to concerns of bots sweeping the NFTs.

Gucci has been an early adopter of the metaverse in the fashion world and has been ramping up its metaverse presence in the past year. It was the first luxury brand to introduce an NFT – the Gucci Aria film – which was sold via Christie’s auction for $25,000 in May last year.

In the same month, it launched a two-week virtual Gucci Garden experience on Roblox to coincide with a physical exhibit in Florence, resulting in a Gucci Roblox bag selling for over $4000 — $1000 more than what the real-life version of the bag costs.

While Gucci has yet to release its roadmap for its metaverse projects, it’s parent company Kering has posted a job ad hiring for a Gucci Discord Community Coordinator to manage the brand’s community of artists and fans of our various NFT activations. Interestingly, the company asks applicants to submit their favourite Discord communities, NFT projects and NFT memes in place of a traditional CV.

Legal Roundup: Four Law Firms On What’s Next for Trademark Wars in the Metaverse 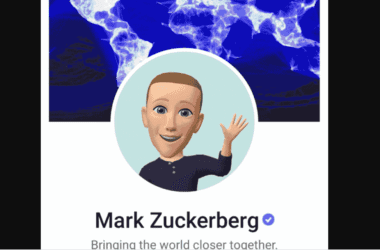 Mark Zuckerberg’s net worth is down $71 billion this year as the short-term economic effects of his gamble on the metaverse surface. 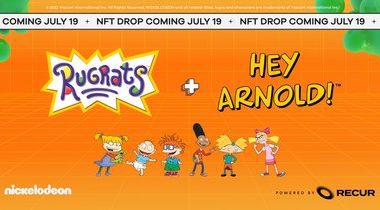 RECUR has announced an NFT drop that will enable Nickelodeon fans to collect the most iconic moments and characters from the Rugrats series as NFTs. 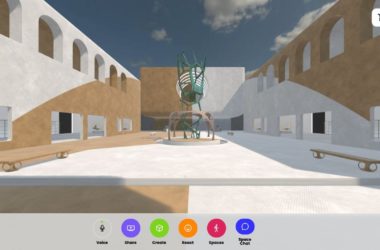