FTX Talking With Investors for $1B Fundraising at $32 Billion Valuation

Nicholas Kitonyi
FTX is raising$1 billion in new funds at a valuation of $32 billion, making it the most valuable crypto exchange.
Image source: ftx.com
Total
0
Shares
0
0
0
0

Although Binance maintains its number one spot in terms of crypto transaction volume, FTX is catching up quick after rising to third, behind Coinbase. This could change soon given the steps FTX is taking in web3.

According to reports, Sam Bankman-Fried’s company is seeking $1 billion in a new round of funding at a valuation of about $32 billion. That values FTX twice the value of Coinbase— whose market cap stands at just over $14 billion, and at least 7-fold Binance’s most recent valuation of $4.5 billion.

And there is a good reason for the disparity in market share (volume-wise) and overall valuation. FTX is more than just a crypto exchange platform.

The company has expanded its ecosystem to include stock trading, NFTs, crypto lending services and more, all forming significant operational synergies for the rapidly growing web3 company.

It explains why investors are placing such value on FTX. According to sources close to the $1 billion fundraising talks, the figure could change by the time the round is closed, CNBC reported, citing people who did not want to be named.

FTX has been one of the most active investors in the web3 space during the crypto winter. The company is in the process of acquiring the crypto lending platform Blockfi for a reported amount of $240 million.

Earlier this year, the company purchased Good Luck Games, the developer of the card battle game Storybook Brawl for an undisclosed amount. The acquisition added another perspective to FTX’s business pouncing on the rapidly growing web3 gaming sector.

The company also recently announced a partnership with online game retailer Gamestop to onboard the gaming community to web3.

News about the new fundraising come hot on the heels of the company’s $900 million raise announced in July. FTX also raised $420 million in October 2021. 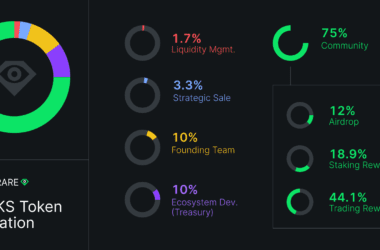 LooksRare daily transaction volume has fallen significantly over the last two weeks following the expiration of Phase A rewards on Feb. 9. 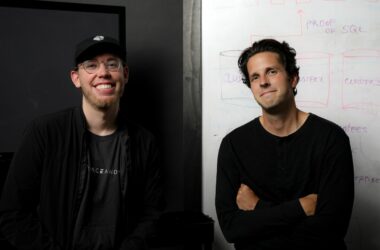 Space and Time is a decentralised data warehouse that connects on-chain and off-chain data to deliver enterprise-grade analytics to smart contract applications.