African play-to-earn gaming startup Jambo has completed a $7.5 million Seed round that attracted investors from all over the world. Coinbase, Alameda Research, and Polygon Studios were among the notable participants in the funding round.

Jambo is building what it calls a “Web3 Super App” that will support all aspects of P2E gaming, including earnings from playing and monetizing playing activities on Web2. The company is also collaborating with social media companies to help players to tokenize their gaming clips creating NFTs, which they can convert to income.

Jambo is a blockchain gaming platform founded by James Zhang and his Sibling Alice Zhang, both Chinese born in Congo. According to Zhang, they decided to create the platform in December 2021 following the success of play-to-earn gaming in Southeast Asia.

The company has partnered with local telecom companies to offer subsidised data packages to users in a bid to onboard millions of Africans into blockchain gaming. According to statistics, approximately half a billion people in Africa have access to internet-enabled mobile phones.

Zhang says his company has negotiated a 70% discount on data packages with various telecom companies, which it plans to sell to users at a 50% discount, thereby essentially doubling their data.

“It’s one of our main user acquisition strategies where we want to double every Africans airtime and data,” Zhang said.

In return, Jambo tokenises part of the telecom companies’ advertising budget before distributing the content to the end-user. “Many web2 incumbents or even web3 are having a $100-200 user acquisition costs so we can lower that by order of magnitude by directly incentivizing the end-user,” he added.

Zhang thinks that given the lack of play-to-earn gaming platforms in Africa, his Web3 Super App could turn Jambo into the “Axie of Africa”. Venture capital firms and angel investors also think Africa’s untapped market is a huge opportunity.

“What WeChat did in China, Jambo will do in Africa. Excited to back this A+ team in becoming the Web3 super app of the continent,” said Santiago R Santos, a web3 investor and ex-ParaFi partner, in a statement. 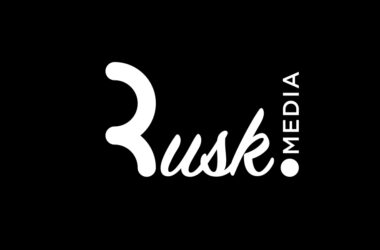 Rusk Media Raises $9.5 Million to Extend the Monetisation Layers of IP Into Web3

Digital entertainment company Rusk Media has raised $9.5 million in a Series A round led by DAOL Investment and Audacity Ventures.

Blockchain platform Polygon has committed to finance 50% of all GameOn’s ongoing product development costs, helping to bring NFT games to the masses. 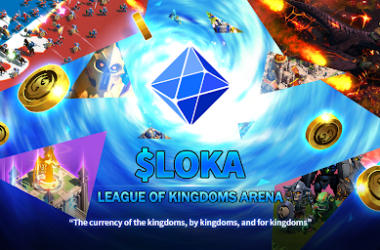 Popular P2E game the League of Kingdoms has launched the $LOKA token, which will be used to strengthen community governance on the platform.