Can NFTs Bring Norwegian Cruise Line (NYSE:NCLH) Back On Track?

American cruise company Norwegian Cruise Line (NCL) is sailing into the metaverse with the launch of what it claims is the cruise industry’s first collection of NFTs.

To mark the launch of Norwegian Prima Class, NCL’s new cruise ship, a collection of six NFTs will be put up for auction and sale on Apr 13 at 9am ET on NCL’s soon to launch online NFT marketplace.

Listed on the New York Stock Exchange, NCL has seen its stock price tumble more than 50% over the past five years. As a growing number of brands and companies have been launching NFTs in a bid to engage with consumers in the metaverse, NCL could be doing the same to increase its brand awareness amongst a younger, tech-savvy demographic.

While the NFTs will not generate revenue for NCL as proceeds will be donated to charity, the attention they bring to the new Norwegian Prima could create more revenue channels for the company.

The NFT art pieces were created by Italian artist Manuel Di Rita, widely known as “Peeta”. He was also responsible for designing the hull art on Norwegian Prima and her sister vessel Norwegian Viva.

The first of the six NFTs reflects the hull art on the Norwegian Prima and will be auctioned at a starting price of $2,500. The artwork of the remaining NFTs will be featured aboard the cruise ship including the three-level Penrose Atrium and will be sold for $250 each.

The winner of the auction will be awarded a stay in the balcony stateroom on one of Norwegian Prima’s U.S. inaugural voyages, setting sail from NCL’s PortMiami terminal.

All proceeds from the NFT auction and sales will be donated to Teach For America, a nonprofit that develops, and supports a network of leaders who expand opportunity for children from classrooms, schools, sectors that shape the broader systems in which schools operate.

Norwegian Prima will embark on its maiden voyage from Reykjavík, Iceland this August and will feature a performance from global popstar Katy Perry. The cruise ship will offer voyages to Northern Europe from Amsterdam; and Copenhagen beginning Sept 3 and itineraries from Galveston, Texas as well as Miami and Orlando beginning Oct. 27. 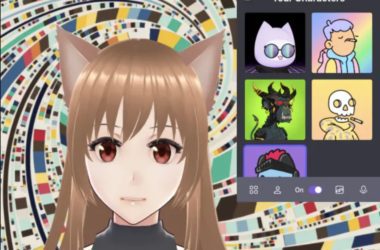 300 NFTs combined with hotel room stays will be released, with additional perks for buyers.