The Australian Open will be the first-ever major tennis event to set up a full simulation of its official court in the metaverse. The court has been divided into 6,776 squares of 19×19 centimetres in the metaverse, each bundled with a specific match ball NFT. According to Ridley Plummer, the tournament’s Metaverse and NFTs Project Manager, a new title created following the launch of the AO NFT collection, one lucky collector could stand to win a real prize upon the conclusion of the tournament.

If a championship-winning shot lands on a collector’s piece of court, they will receive an actual match ball. This is a new concept that may never have been imagined before, were it not for the metaverse and NFTs. Traditionally, Australian Open match balls are usually handed out to local tennis clubs following the conclusion of the tournament.

Expounding on the AO metaverse, Plummer said that people in Australia will be able to visit the metaverse replica of “Melbourne Park tennis precinct from the comfort of their PC, phone or a virtual-reality headset, allowing them to watch live coverage of the tennis on big, virtual screens that will be set up around the virtual precinct.”

Tennis Australia has collaborated with Nine Entertainment, which holds the online broadcast rights for the Australian Open within Australia, to offer the live broadcast of the event in the metaverse.

Based on the pricing of the AO Art Ball collection and the prevailing ETH price of about $4,500, the Australian Open is set to generate approximately $295 from each uniquely marked tennis ball, resulting in a total sale of roughly $2 million.

Plummer said that half of the proceeds from the NFTs sale will be used to offset carbon emissions from Ethereum blockchain mining activities, while the rest will go to the Australian Tennis Foundation.

Tennis Australia’s metaverse NFT drop follows an emerging trend in the sporting industry. In the US, the National Basketball Association has teamed up with Dapper Labs to launch the NBA Top Shot collection, and recently revealed plans to introduce gaming elements, joining the metaverse.

Notably, eSports projects like Team Vitality have been leading in the shift to NFTs and the metaverse, whereas Drone Racing League teamed up with Playground Labs to launch the first P2E crypto sports game on Algorand. 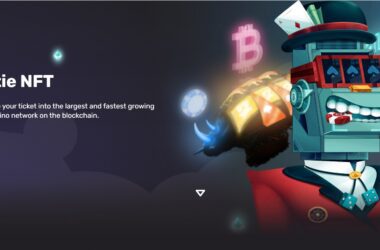 The platform was hit with a multi-state cease-and-desist order on Thursday after failing to meet certain requirements and failure to provide proof of profits.

L’OFFICIEL’s virtual space was inspired by sci-fi films like Dune and Total Recall.

UAE’s health ministry has launched the world’s first metaverse customer center, dubbed MetaHealth that will let customers to appear in their real faces.