AOTU World shut its doors closed operations month following an earlier announcement in February that it was shutting its servers. Although the game had not revealed the reasons behind the shutdown, this week’s Aotuverse announcement seems to have offered enough explanation.

AOTU World is based on one of the most popular Chinese anime franchises, a game that became so popular leading to the creation of an animated TV series of the same characters.

However, following April 2022 shutdown, Catheon in collaboration with the multiple metaverse platform MetaMetaverse announced the launch of the Aotuverse NFT game.

Catheon Gaming is an integrated blockchain gaming and entertainment company that has grown rapidly since its launch, which MetaMetaverse recently launched the MetaShip NFT collection to facilitate seamless transportation between metaverse worlds.

The launch of Aotuverse suggests that the franchise is taking a different direction toward Web3. This may be the reason behind the abrupt shutdown of the game.

Blockchain gaming has emerged as one of the most promising business verticals for video game and entertainment companies, with several mainstream gaming studios diversifying to Web3 games.

Commenting on the new partnership and the launch of Aotuverse, MetaMateverse said: “AOTU World is a popular anime franchise among younger generations in China, with unique artwork and inspiring character story development. It has attracted tens of millions of fans and a large group of UGC creators. We are delighted that our game product, adapted from the AOTU World franchise, will embrace the decentralized community outside China via Catheon Gaming.”

According to the game’s description, Aotuverse is ruled by 7 Divine Oracles and the God of Creation. One of its main segments is the AOTU tournament, which features a fast-paced RPG action where players can play to be granted divinity by the rulers of the AOTU World.

Players can choose various characters in the game including King, Grey, Phantom, Kalie, and Lemon. 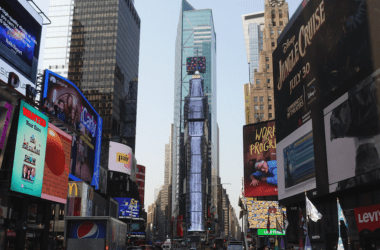 Jamestown is investing $500 million to redevelop One Times Square with virtual and augmented reality installations ina an attempt to recreate the Decentraland version. 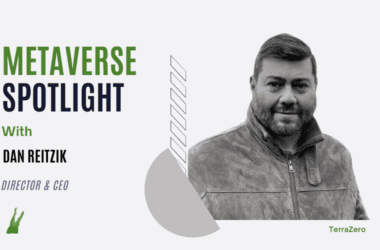 In this Q&A, we get TerraZero CEO Dan Reitzik to tell us more about what the company has in store for the year and why he thinks metaverse real estate needs to be regulated.

Indian entertainment giant Shemaroo has teamed up with Filmrare to launch an immersive movie experience on Decentraland Metaverse.