The firm’s crypto fund portfolio has now grown to $7.6 billion making it one of the biggest blockchain-focused funds in the industry.

A16z said the decision to go all-in on Web3 is based on the belief that we are entering the golden age of the next iteration of the internet. The firm points to the advances in programmable blockchains with a diverse range of apps already having tens of millions of users.

In addition, the industry also seems to be attracting top talent, with leading developers joining over the last year. Some of the leading fintech talents have left their mainstream financial sector positions to join startups focusing on Web3 projects.

The company believes blockchains will power the next computing era, the age of crypto and Web3. A16z sees an exciting opportunity built on a well-blended mix of talent, viable infrastructure, and community knowledge.

“That’s why we decided to go big. We’ve been investing in crypto since 2013, and today we’re announcing our fourth crypto fund, totalling $4.5B.” The company said it will dedicate $1.5 billion to seed investments, while $3 billion will go to venture capital investments.

A16z said it also plans to grow its talent pools in research and engineering, security, talent and people, as well as, legal and regulatory. 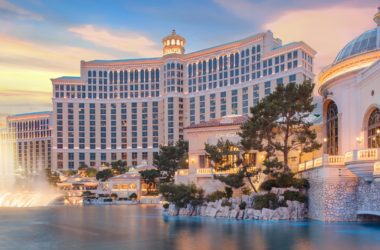 The hospitality companies that own the Bellagio, Mandalay Bay, Aria and MGM Resorts & Casinos have filed new trademark applications signalling plans for NFTs and the metaverse.

Tencent’s leading messaging platform WeChat has suspended a dozen NFT accounts that are reportedly associated with NFT promotion and trading. 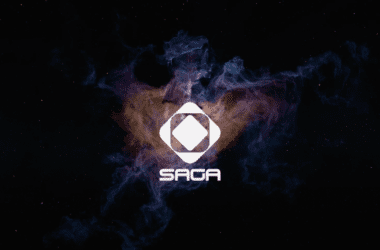 Immediately after the raise, Saga also launched an Innovator Program to bring visionary web3 developers onto its upcoming AlphaNet.

This website uses cookies to improve your experience while you navigate through the website. Out of these, the cookies that are categorized as necessary are stored on your browser as they are essential for the working of basic functionalities of the website. We also use third-party cookies that help us analyze and understand how you use this website. These cookies will be stored in your browser only with your consent. You also have the option to opt-out of these cookies. But opting out of some of these cookies may affect your browsing experience.
Necessary Always Enabled
Necessary cookies are absolutely essential for the website to function properly. These cookies ensure basic functionalities and security features of the website, anonymously.
Functional
Functional cookies help to perform certain functionalities like sharing the content of the website on social media platforms, collect feedbacks, and other third-party features.
Performance
Performance cookies are used to understand and analyze the key performance indexes of the website which helps in delivering a better user experience for the visitors.
Analytics
Analytical cookies are used to understand how visitors interact with the website. These cookies help provide information on metrics the number of visitors, bounce rate, traffic source, etc.
Advertisement
Advertisement cookies are used to provide visitors with relevant ads and marketing campaigns. These cookies track visitors across websites and collect information to provide customized ads.
Others
Other uncategorized cookies are those that are being analyzed and have not been classified into a category as yet.
SAVE & ACCEPT
Total
29
Share